How to study Quran? | Abdul Haq 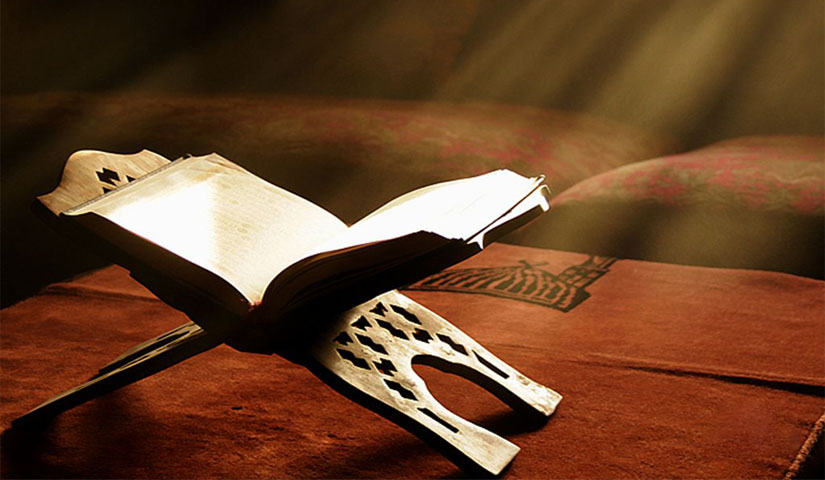 How to study Quran?

Quran is not a book that you should attempt to read in an afternoon and expect to understand it completely. You may devote a lifetime of studying it and there will still be more to learn from it. In order to seek guidance from Quran, there is a proper methodology that should be applied when studying it or else you will be misguided. This is the reason why we see some people doing terrifying acts of violence and injustice in the name of religion. This is not an issue only with Quran, scriptures of other religions are equally misinterpreted and thus there is a general belief that religions are the root of all evil. In my opinion, wrong interpretation of religious teachings is evil and not the religion itself.

What I have tried to do in this article is to provide you with four guidelines to follow when attempting to make a meaning of Quranic verses. There might be more guidelines to follow but these are the basic ones which can prevent you from making an entirely incorrect interpretation of the word of God.

Quran states clearly [3:7] that there are two kinds of verses in it. The first being Ayat Muhkamat, or verses which are plain and clear, and require only to be explained (i.e., Tafsir), and they are described as the heart of the book. This would clearly include all verses with legal injunctions concerning Halal, or legally permissible, and Haram, or legally prohibited, etc.

While it also mention about second kind of verses called Ayat Mutashabihat that cannot be understood easily. They have a very broad scope and deep meaning that should only be attempted to interpret by someone with comprehensive understanding of the religion Islam. There is also a possibility that some verses in Quran are for future generations to come and not for present time. It is suggested not to dwell too much on such kinds of verses which you do not understand, or else you might be further misguided. Only take what you understand from Quran and ignore what confuses you. With time, as you repeatedly study the holy book, more verses will start to make sense to you.

Do not study any verse in isolation

This is one of the most repeated mistakes people do when studying Quran. They pick out one verse of Quran, disregarding its previous and following verses, and make an incorrect meaning out of it. When trying to seek guidance from Quran, a person should collect all the verses relating to a certain topic from the book and then read them together as a harmonious whole to drive a meaning out of it. For example, on the law on consumption of alcohol, Quran commands not to consume alcohol at the time of prayer [4:43]. Anyone can make a false assumption by reading only this particular verse that alcohol can be consumed at times other than prayer. But there is another verse which prohibits the use of alcohol even at the times other than prayer. So if not all the verses are taken into consideration when deciding the law on consumption of alcohol, reader can be misguided. Similar is the case with other topics. All of the Quran should be studied before any judgement is made on Quran’s view on any topic.

Verses of Quran should not contradict with each other

All the verses of Quran throughout the book emphasis on a similar message and each verse enhance and build upon other verses. No verse contradicts another verse, and no verse cancels another verse. This is one of the miracles of Quran that it is consistent and unchanging in the nature of its message. Allah Himself said in Quran [4:82] that if this book was from anyone other than Allah, it would have within contradictions. So we should reject any interpretation which goes against any verse of Quran. For example, Quran gives, times too numerous to mention, message of peace and love to its followers and if any verse appears, when first read, as violent should be reconsidered in its interpretation. If meaning of a verse is going against basic principles of the book, you should understand that a wrong methodology is applied in its understanding.

Ahadith should not be given preference over Quran

Ahadith (sayings of Prophet Muhammad PBUH) play an important role in helping us understand Quran better and a significant portion of Islam is derived from them, thus they cannot be ignored. Ahadith are there to further explain the commands of Quran, for example, Quran only orders us to perform prayer but no further instructions on how to perform it are given in the holy book. These details are found in Ahadith. But again Ahadith should not be in contradiction to Quran. They should build upon the teachings of Quran and any Hadith that contradicts with Quran should be ignored. Collection of Ahadith was done many decades after the death of Prophet Muhammad PBUH and so there is a possibility that few Ahadith are fabricated or false. Quran should always be given preference over Ahadith and only those Ahadith that confirm the teachings of Quran should be accepted as true.

Let's revise the four guidelines provided in this article: