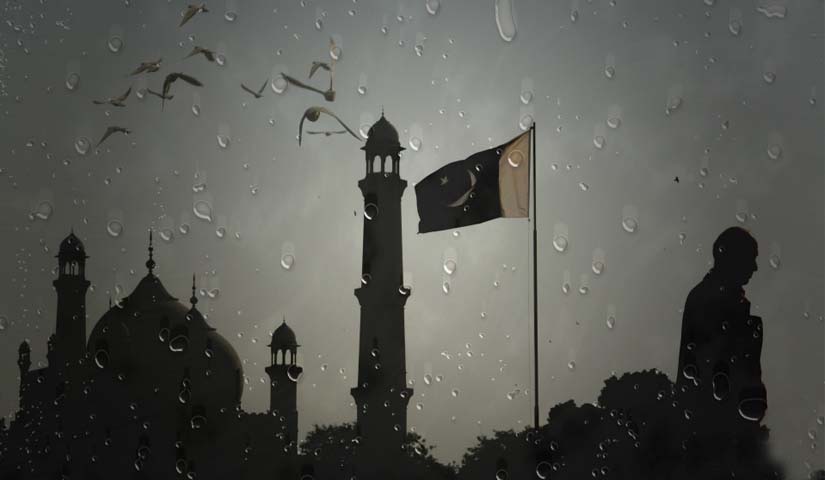 Today on the independence day of Pakistan I want to explain to the young generation of this nation the importance of this country. Youth of today is so disappointed in this nation that they see it as a failing state, with even darker future lying ahead. They want to grab the first opportunity to migrate from this country and live a peaceful life in some of the developed nations. Media has played an important role in forming this disbelief by portraying us as terrorist and we literally feel ashamed to tell someone in foreign countries that we are Pakistanis!

While I would agree that there are problems with Pakistan and there is a lot be done to make it the country our founders dreamed of, but allow me to take you back to the early 20th century so you can understand the conditions in which Pakistan was born and why it come into existence. 20th century was the most violent century compared to all preceding centuries. Two world wars took place and violence was happening all around the world. More people were killed in this century than any other century before that. Condition of Muslims was at its worst since the time of Prophet (PBUH), Ottoman Empire which represented Islam was abolished and Muslims were scattered into pieces by forming 40 new states. In this time of misery and hopelessness a true man of Allah and a practicing Muslim, Allama Iqbal, saw a beautiful dream which we today call it Pakistan.

Pakistan, after state of Medina is only state formed entirely upon the principals of Islam, where people from different cultures, languages, customs and traditions came together under one flag to form a state. We have four different communities living in four provinces of Pakistan and nothing among them is similar except religion. This is an uncommon thing for people with so many differences to stay united together and not get divided on the bases of race and ethnicity.

That is not the only unusual thing happened with Pakistan. Throughout its 70+ years of existence our economic crises have been so severe that around 30% of our population lives below poverty line. We have such great political instability that none of our prime ministers has ever completed their five year term. Yet out of all these problems, we have emerged as a massive military power. Our army is respected worldwide, our intelligence is considered as the best in the world and we are nuclear power. Out of 195 countries in the world only 8 countries have nuclear arsenals and we are one of them. If this is not enough for you believe that creation of Pakistan was not a mere coincidence but an implementation of a proper plan of Allah, then I have some more strange facts to present you with.

Date on which Pakistan was created is not an ordinary date. Pakistan was created on 27th of Ramadan, which is one of the holiest days in the religion Islam. Ramadan is the holiest month out of all 12 months and the night of 27th Ramadan is considered to be Laylat al-Qadr (Night of Value) which has a highest level in Islam. Quran calls it ‘night better than thousand months’ and Quran itself was also revealed to Prophet (PBUH) on this same night. This further emphasises on the importance of 27th Ramadan and thus of Pakistan.

Moreover, formation of a Muslim state in region of India was first mentioned by Holy Prophet Muhammad (PBUH) himself. He said during his life time that “I feel cool breeze from Hind”. This saying of Prophet (PBUH) indicates that something brilliant for Muslims was to happen in the region of Hind (India), and many Muslims saints suggest that Prophet (PBUH) was referring to Pakistan. Iqbal wrote poetry on this, which translates to:

Current impact and future of Pakistan

Till now we have discussed unusual things that have happened with Pakistan and how it has survived regardless of all adversities. Let’s take a look at its current impact on the world. Pakistan is the only Muslim country with a nuclear arsenal and if there is some respect for Muslims left in the world, it is because of Pakistan’s military strength. Our nuclear power is the reason why Israel has not yet demolished Al-Aqsa mosque because they know if they do this, Pakistan with such great militarily power will not sit still and it would cause severe consequences for them. You should remember that it was Pakistani fighter pilots who fought to defend Palestine in 1967 Arab-Israel war. Enemies of Islam call our atom bomb as ‘Muslim bomb’ and they want to denuclearise us as soon as possible. This is the reason behind the propaganda of portraying Pakistan as a terrorist country in international media so they can convince the world that an atomic bomb in the hands of Pakistan is a threat to the world.

Now let me enlighten you about the beautiful vision and the powerful future of this country that is about to come. Pakistan is considered as Medina-e-sani (second Medina) by some great visionaries due to the similarities between Pakistan and the state of Madina. And just like 1400 years ago, Islam will revive again, this time from Pakistan. Whenever there is going to be a rise of Muslims as a powerful civilisation, Pakistan will be the driving force behind it. A famous saint, Sufi Barkat Ali, said in his predications that “the time is not far away when in yes or no of Pakistan, decisions of United Nations will be made”.

And we have everything to be this kind of leading nation. Our country is full of natural resources, $500 billion Reko Diq gold mines and trillions of dollars worth of Thar coalfields alone are enough to meet every financial need of this country for centuries to come. Our country has a young population with over 64% people are under the age of 30 and being an agro-based economy, we need not to depend on any other country for our food supplies.

The only thing we lack to become what our founding fathers dreamed of is good leadership. I will urge all young Pakistanis to prepare themselves for becoming great leaders as this is the most important need of this country. I will conclude with the following poetry of Allama Iqbal: