Reasons for the rise of western civilisation | Abdul Haq 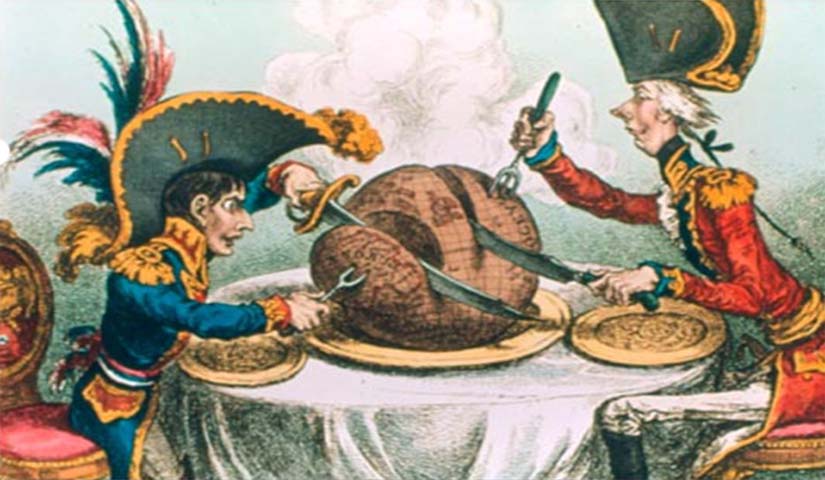 Reasons for the rise of western civilisation

How come a civilisation which had remained poor, powerless and unnoticed for most part of the history suddenly rose to the status of superpowers of the world? I am talking about Europe, who in a short span of just a few hundred years achieved global dominance. In pursuit to find this answer I went through a few books and what I am going to write next is the extract of my short research. I will explain a few key reasons for the success of Europe and later of USA in journey to dominate the whole world.

In the start of 15th century it was China’s Ming dynasty which was the most powerful kingdom in the world. It was a single most powerful civilisation and no other civilisation could come close to its power or challenge it. In other words they had a monopoly over ruling the world. But as with all monopolies, kingdom of China suffered a similar fate of becoming inefficient. As they have no one to compete with, they had no desire to improve themselves. They were satisfied by their achievements and had no great motivation for further development. On the other hand in Europe there were hundreds of states in rivalry with each other, and within these states there were many competing cities and guilds. This political fragmentation may have made Europe disunited but it also awoke a fiercely ambitious spirit. An ambitious spirit not found in China. Such environment of competition and urge to be better than others made European countries more efficient, innovative and eventually powerful then China and rest of the world.

After overtaking China through their efficiency, next hurdle for Europe to cross in path of global dominance were Muslims and in particular the Ottoman Empire which was the most powerful kingdom of 16th century. Europe crossed this hurdle through their superiority in science.

Islamic world a thousand years ago was the most advance in science and technology and some of the greatest scientists of that time were Muslims. But what happened that Muslims lagged behind so much in this field today? Many historians suggest that the religion Islam prohibited Muslims from the use of some technologies which hindered their progress in science. For example, printing press was banned by Islamic world and use of printed books was considered as sin. I consider it to be fault of Islamic scholarship rather than of religion itself. They failed to provide accurate interpretations of Islamic teachings which caused Muslims this setback. Whatever it was, this barred Muslims from studying books by rest of the world and hence their knowledge was far less than their European counterparts. Muslims believed in studying hand written books and calligraphy was very popular in their culture. This slowed the distribution of knowledge in Muslim world and thus scientists like Issac Newton were born in Christian Europe and not in Muslim Arab.

This superiority in technology was translated into superiority in weapons. Accurate artillery was one such weapon which truly outclassed Ottomans who just a few decades back were dominating Europeans.

No empire can successfully achieve global dominance without huge sums of money. Similar was the case with European empires, and this need for wealth was fulfilled by East India Company (EIC). Through trade with rich land of India, tremendous amount of wealth was poured into Europe. East India Company brought so much wealth in for the continent that at its height it was worth around $7.9 trillion in today’s dollars. That equals to the combined market caps of 20 of the world’s largest companies, such as Apple, Microsoft, Amazon, ExxonMobil, Berkshire Hathaway and Tencent.

These large sums of money were used to further strengthen Europe and in particularly British empire. Riches from India allowed British Empire do wonders like developing continents of America and Australia which were thousands of miles away from Britain. They invested heavily in research and development to enhance their lead in technology. Industrial revolution took place and inventions like Telegraphic communications and stream engine put Europeans years ahead of rest of the world. Such wealth and technological advancements assisted Britain in invasions and in expanding their territory. During the same time EIC overthrew Mughal Empire to claim its rule in India. Clearly after this British Empire become a power with no match!

After defeating China through competition, Ottomans through science, Mughals through East India Company, west moved towards Africa and conquered it with an ‘army of doctors’. Not to kill people but actually to double their life expectancy. Ruling of land in Africa was done by solving medical problems. Europeans with their advancements in medicine treated sickness of Africa, and in return got hold of their resourceful land.

Physically strong Africans were used as free labour by Europeans where ever they needed man power. They used these African slaves in factories and they preformed tasks which British labour could never do. On the sugar estates, the mills were kept going 24 hours a day, with enslaved people working 18-hour shifts. This resulted in British owned businesses being extremely profitable thus it would not be wrong to say that enslaved Africans made a large contribution to British prosperity.

Apart from using them as free labour, British forced them to fight wars on their behalf. Over 2 million Africans served in the First World War as the most exposed front-line troops and roughly a fifth of all Africans employed were killed.

By achieving Industrial Revolution, Europe had acquired more capacity to produce then there was demand for these products. The Industrial Revolution would have been pointless if it had consisted only of a massive increase in the quantity goods that could be produced in a year. Equally important was the rapid development and spread of a consumer society that actually wanted more of these things. They wanted people to consume more and more of goods produced in Europe, and this was achieved by exporting their consumption habits to the rest of the world.

It turned out not as difficult as it seemed at first. People around the world willingly adopted Europe’s invention of consumer society. They embraced an entire popular western culture that extends through music, movies, soft drinks and fast food. But why did the world welcomed western culture so enthusiastically with both arms wide open?

By the end of 20th century, west had completely overshadowed rest of the world through their supremacy in almost every field. They became a symbol of prosperity and only visible path to success for the rest of the world was to copy them. Dressing like them was about wanting to be like them. Media enhanced this concept of western supremacy and Hollywood played and equally important role in making people fantasize about their culture. All these factors made people in east believe that their culture and traditions were inferior and old fashioned and west’s way of life was superior and advance. Thus they so willingly adopted it.

With this, an absolute global domination which the world had never seen before was complete! And west was the one on the receiving end of it.